Can this mineral help boost the carbon stored in oceans?

Harnessing nature's own tools for storing carbon is an increasingly important part of the path towards a carbon-negative future. Forests and regenerative agriculture get much of the attention when it comes to nature-based carbon solutions, but blue carbon approaches that focus on oceans, coastlines and mangroves are garnering more interest from offset buyers and climate entrepreneurs.

Project Vesta, a nonprofit initiative, is just one organization leveraging blue carbon pathways that could speed up nature’s ability to sequester carbon in an effort to balance the carbon emissions released by human activity.?

"We want to mimic Earth's natural carbon cycle and accelerate it," said Kelly Erhar, co-founder and director of development at Project Vesta, in a?keynote during GreenBiz Group’s VERGE Net Zero last week. "This process typically relies on the chance exposure of one specific type of rock over long periods of time, eroding very slowly. Our process is just taking that natural process and accelerating it so that we can see change on a human-relevant timescale."?

Our process is just taking that natural process and accelerating it so that we can see change on a human relevant timescale.

The natural process Project Vesta is trying to encourage is the carbonate reaction. This is how CO2 from the air gets absorbed by oceans and ultimately is transformed into calcium carbonate, which eventually forms sediment and limestone on the ocean floor, sequestering carbon out of the atmosphere for long-term storage. 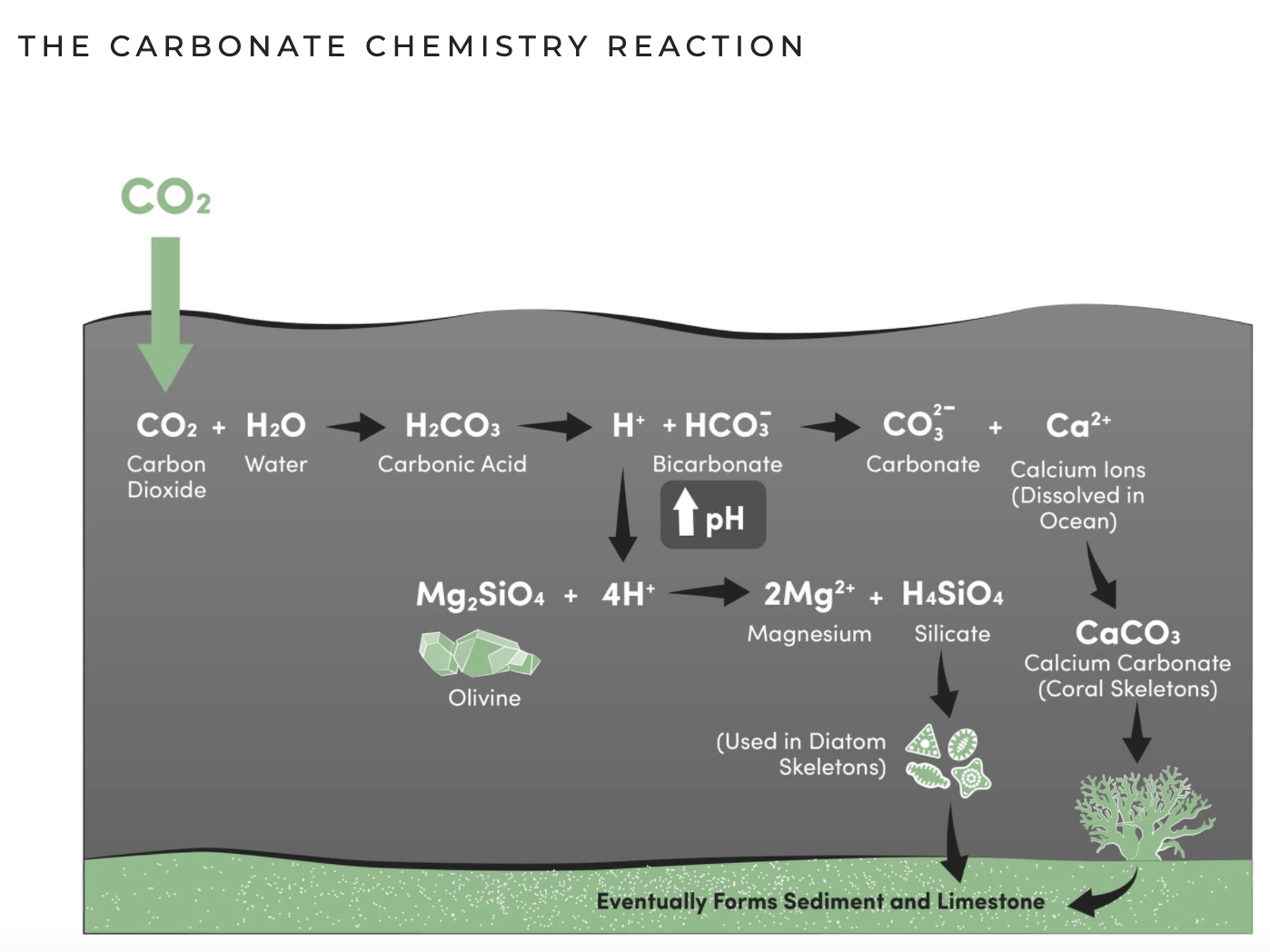 "[Coastlines] are the ideal location for the accelerated weathering of this rock," Erhar said. "Here we’re able to harness the free energy of the ocean of waves to speed up the weathering process by causing the grains to crash into one another. This process draws down carbon dioxide from the atmosphere and stores it safely in our seas?and eventually into rock."

According to Project Vesta’s website, if this process is deployed on just 0.1 percent to 0.25 percent of beaches, it could capture 100 percent of annual human carbon emissions. And the process captures 20 times more carbon dioxide than the production and transportation of olivine produces, according to the website.?

Project Vesta is drawing on 30 years of research that shows that this process works, but it is still rigorously testing the process to ensure no unintended consequences occur to the beaches or native species, Erhar said. She delivered her keynote from a beautiful beach?in the Caribbean, where the organization is running a pilot program on a small protected cove where the olivine shouldn’t accidentally spread to other areas.??

Project Vesta is backed by payment software company Stripe, for which it plans to store 3,333.3 tons of carbon dioxide?for $75 per ton. Additional Ventures also made a $1.6 million grant to the organization in March, but Project Vesta is still hoping to raise?$17 million more, according to its marketing materials.

"We need permanent carbon dioxide removal in order to meet the challenges of climate change," Erhar said. "Since there are currently no cost-effective ways to do so, it’s going to take a global community to solve a global problem."

This is just one of those solutions.?

[Learn more about new strategies and technologies to draw down climate pollution while creating innovative products and services at VERGE Carbon, part of the VERGE 21 online event.]

Today, measuring company carbon emissions is about doing your best

Simple Mills on how to bake sustainability into food design

Is sustainable vanilla the flavor of the month?

Spiders and fungi and aquaporins, oh my! Is the best tech created by nature?

See all by Jesse Klein